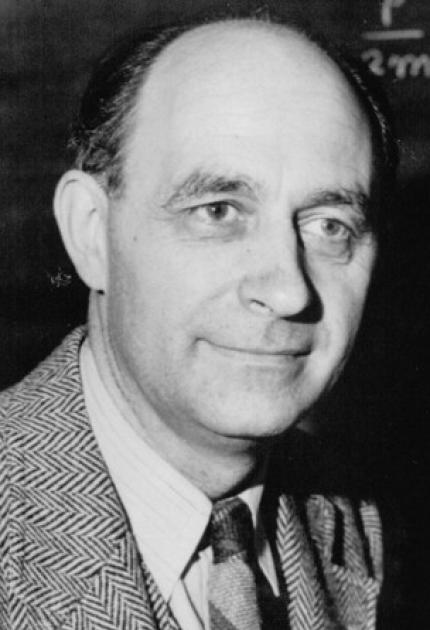 While studying the creation of artificially radioactive isotopes in the 1930s, Enrico Fermi became the first physicist to split the atom. His later research pioneered nuclear power generation.

Born in Rome, Italy, Fermi graduated from the University of Pisa in 1922, became a lecturer at the University of Florence for two years, and then a professor of theoretical physics at Rome. In 1934 he perfected his theory of beta ray emission in radioactivity, and went on to study the creation of artificially radioactive isotopes through neutron bombardment. His bombardment of uranium with slow neutrons caused reactions which were found later to be atomic fission.

With researcher Leo Szilard, he began work, first at Columbia then at the University of Chicago, on construction of an atomic pile which would make possible the controlled release of nuclear energy. This was accomplished in 1942. Transferred for a time to the Los Alamos, New Mexico atomic bomb laboratory, Fermi returned to Chicago in 1945 as a professor at the Institute for Nuclear Studies and in the same year became a United States citizen.

He was awarded the Nobel Prize for physics in 1938 for his developments in harnessing nuclear power. Fermi is considered one of the most important architects of the nuclear age.