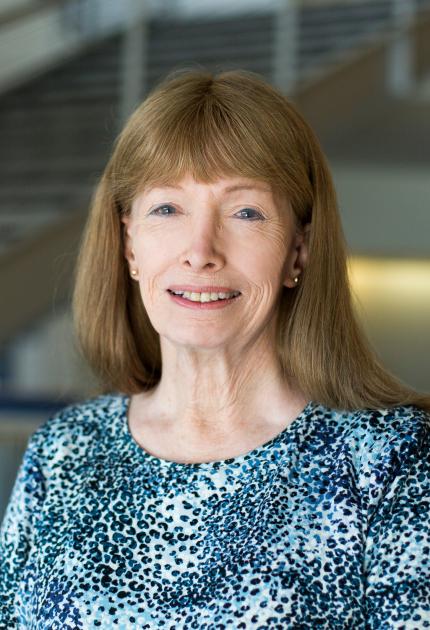 Lynn Conway and NIHF Inductee Carver Mead invented VLSI, or Very Large-Scale Integration, which transformed the global microelectronics industry. This technology triggered what is now known as the Mead-Conway Revolution by allowing small teams of individuals to design powerful chips.

Born in Mount Vernon, New York, Conway was a self-described “quiet, studious child” with a love for books. “As I was growing up, I spent lots of my time in libraries,” she shared in an interview with the National Inventors Hall of Fame®. “I've been impacted in very deep ways by the stories of the adventures of people who've done cool things — adventures with technology, inventors, designers, discoverers.”

Not only did Conway admire and learn from adventurers, but she became one herself. “I've deliberately tried to learn and get involved in various kinds of adventurous activities where I had to be a beginner and learn fast,” she said.

Conway attended Columbia University, where she earned bachelor’s and master’s degrees in electrical engineering in 1962 and 1963, and then joined IBM Research. Here, she made foundational contributions to computer architecture, including multiple-out-of-order dynamic instruction scheduling — an innovation key to architecture designs for ultra-high-performance computers.

Into the 1970s, a cumbersome, segmented system hampered digital design engineers keen to create higher-performance devices. Semiconductor firms, circuit designers and system architects largely worked apart from one another; computer processor manufacturers applied individual design and fabrication methods; and college students typically studied device physics or integrated circuit design, but not both. It was against this backdrop that Caltech professor Mead, recognized for simplifying custom circuit designs for VLSI processors (which had tens of thousands of transistors on a single chip), and Conway, then a Xerox PARC computer system architect and creator of scalable VLSI design rules, worked to streamline VLSI prototyping techniques and design methodology.

In 1978, Conway taught the first VLSI course at the Massachusetts Institute of Technology. By 1983, nearly 120 schools taught the approach, which used the chip fabricator as a silicon foundry to produce designs developed elsewhere instead of keeping the whole process in-house. At the time, the idea that design could be handled using a high-level system architecture approach — where designers understood basic concepts but didn’t have to become experts in circuitry fabrication — was radical. Today, it is fundamental. As of 2021, silicon foundries were a $105 billion industry and strategic global technology.

Conway joined the University of Michigan in 1985, where she is professor of electrical engineering and computer science, emerita. She is active in supporting transgender rights and seeking recognition for women’s technological achievements. Looking toward the future, Conway said, “It’s going to take more innovation and more cooperation, collaboration and competition between ideas to harness all of this and carry it forward.”

An elected member of the National Academy of Engineering, Conway holds five U.S. patents, four honorary degrees, and counts the Achievement Award of the Society of Women Engineers, the Franklin Institute’s John Price Wetherill Medal, the James Clerk Maxwell Medal of the IEEE and the Royal Society of Edinburgh, and the IBM Corp. Lifetime Achievement Award among her many honors.

10 Things You Need to Know About Lynn Conway>>>