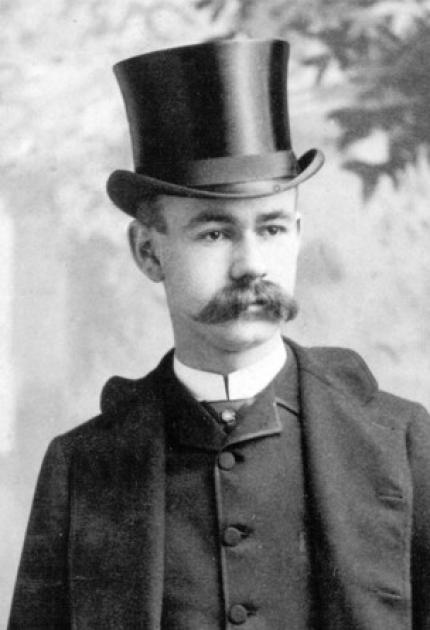 Herman Hollerith invented and developed a punch-card tabulation machine system that revolutionized statistical computation. Born in Buffalo, New York, Hollerith enrolled in the City College of New York at age 15 and graduated from the Columbia School of Mines with distinction at the age of 19. Hollerith began working on the tabulating system while teaching mechancal engineering at the Massachusetts Institute of Technology, filing for the first patent in 1884.

He developed a hand-fed "press" that sensed the holes in punched cards; a wire would pass through the holes into a cup of mercury beneath the card closing the electrical circuit. This process triggered mechanical counters and sorter bins and tabulated the appropriate data.

Hollerith's system including punch, tabulator, and sorter allowed the official 1890 census count to be tallied in six months; in another two years all of the census data was completed and defined. The cost was $5 million below the forecasts and saved more than two years' time. His later machines mechanized the card-feeding process, adding numbers, and sorted cards, in addition to merely counting data. In 1896 Hollerith founded the Tabulating Machine Company, forerunner of the Computer Tabulating Recording Company (CTR). In 1924 CTR changed its name to IBM the International Business Machines Corporation.