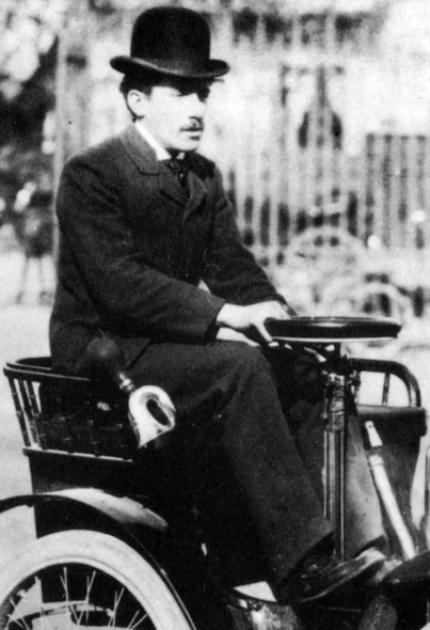 Louis Renault, a Paris native, became one of France's most well known automobile manufacturers, building his first automobile in 1898 and establishing the Renault Motor Company.

Renault's first car, "Voiturette," possessed a three-speed transmission plus a reverse gear. Within a short time, Renault received more than a dozen orders for his new car. In 1899, Renault and two siblings founded the Renault Brothers Automobile Company, and by 1908, Louis Renault had full control of the business.

Renault's numerous patents revolutionized the automotive industry. Chief among his designs were hydraulic shock absorbers, the drum brake, and the turbocharger. His hydraulic shock absorber is still a common feature on automobiles today. Renault's other inventions included a transmission that transferred power and motion from the engine to the wheels through a series of gears without the use of chains or belts.

During the German occupation of France during World War II, Renault opted to stay in his country while his company was under German administration. When the Germans were driven out of France in 1944, Renault was accused of industrial collaboration with the Nazis. He died in prison while awaiting trial.