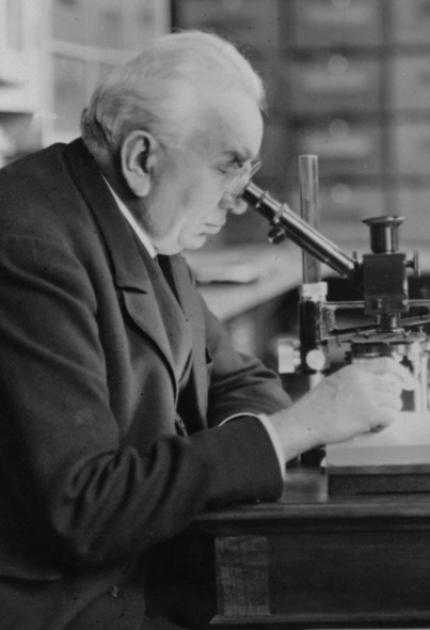 Auguste-Marie and Louis Lumiere, inventors and experts in the realm of photography, designed a camera and projector apparatus known as the Cinematographe, the forerunner to contemporary cinematic projection. The Lumieres gained additional distinction for creating the first efficient color-photography process, known as the Autochrome plate, and are recognized as the founders of modern cinema.

The Cinematographe was different from other projectors at the time. Its portability, and the hand-operated crank that advanced the film, allowed the Lumieres to record footage outside a contained environment.

The Cinematographe was initially shown to close peers within the industry, but it publicly debuted in Paris on December 28, 1895, featuring the 45-second long film La Sortie de l'usine Lumiere a Lyon. Within four months, the Lumieres opened theaters in New York, Berlin, London, and Brussels.

Auguste-Marie was born in Besancon, France and studied at the University of Bern. By the turn of the 20th century, the brothers enjoyed worldwide renown; their small group of titles had expanded to over 700, and they were able to send cameramen all over the globe in search of interesting subjects to film.