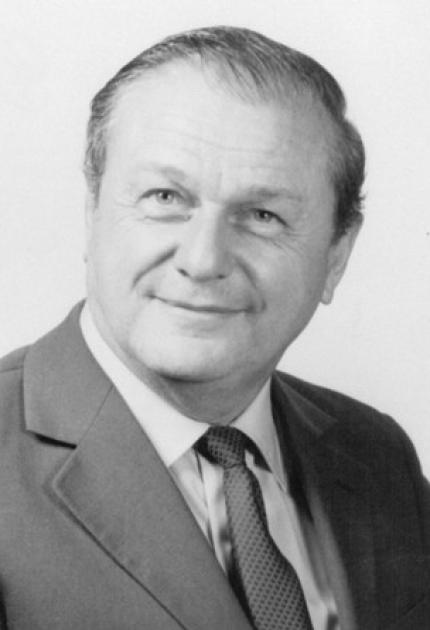 Louis Marius Moyroud and Rene Higonnet developed the first practical phototypesetting machine. This, along with Merganthaler's Linotype machine, is one of two major innovations created in type composition since Gutenberg's invention of movable type. Moyroud and Higonnet began work in 1944, and by 1946, they had completed their first prototype. They demonstrated their machine, the Lumitype, later known as the Photon in September 1946 and introduced it to America in 1948. Photocomposition machines replaced metal type with a photographic image of the letters, under control from a keyboard or computer. Rather than a block of metal, the master copy is a piece of film.

Born in Moirans, Isere, France, Moyroud attended engineering school from 1929 to 1936 and graduated as an engineer from Ecole Nationale Superieure des Arts et Metiers of Cluny, France. He served in the military from 1936 to 1940. He joined the LMT Laboratories, a subsidiary in Paris of ITT, in 1941 and left in 1946 to spend all of his time on photocomposition. In 1955, he was a recipient of the Franklin Medal.

Moyroud was also instrumental in the development of the Euorcat Series of phototypesetting machines marketed in Europe by Bobst Graphics.