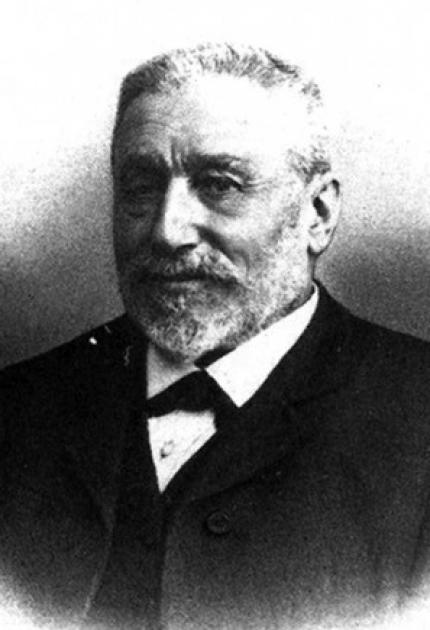 Francois Hennebique devised the pioneering technique of construction with reinforced concrete. Hennebique worked first as a stonemason, with a particular interest in restoring gothic cathedrals, and later became an engineer and self-educated builder. He patented his revolutionary reinforced-concrete construction system in 1892. He started with reinforced-concrete floor slabs, concrete slabs with steel bars in the bottom, and advanced to a total building system using structural beams of concrete reinforced with stirrups and longitudinal bars designed to withstand the tensile forces against which ordinary concrete was weak.

He first developed his reinforced concrete system on a house project in Belgium in 1879 where he used concrete as a fireproof protection for wrought iron beams. In 1894, Hennebique built the first reinforced concrete bridge in Wiggen, Switzerland. His business developed rapidly, expanding from five employees in Brussels in 1896, to twenty-five two years later when he moved to Paris. In addition, he had a rapidly expanding network of firms acting as agents for his system. Hennebique's idea of strengthening concrete using iron and steel bars was the forerunner to the widespread modern reinforced-concrete method used in construction today.