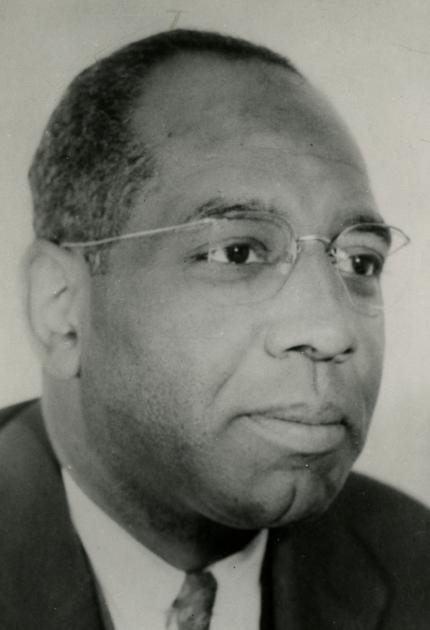 Parsons was born in Dayton, Ohio. He had received an appointment to the U.S. Naval Academy, but his father, his high school guidance counselor and his father’s employer, Duriron Co. founder Pierce Schenck, feared for his safety at the institution and persuaded him to attend Rensselaer Polytechnic Institute (RPI) in Troy, New York, instead. Schenck paid for his studies and in exchange, Parsons worked at Duriron, a Dayton manufacturer of pumps and valves for chemical processes, during the summers.

Soon after earning his bachelor’s degree in electrical engineering from RPI in 1922, Parsons began working for Duriron full time as an analytical chemist. He worked on alloy compositions and metal processing methods, initially focusing on aluminum, bronze and high-silicon castings. Parsons then turned to the research and development of corrosion-resistant, stainless steel alloys and high-silicon alloys.

In 1929, Parsons received the first of eight patents involving the development and application of noncorrosive metals and then began developing the steel formulation known as Durimet 20.

Durimet 20 is classified as a high-alloy austenitic stainless steel containing nickel and chromium with lesser percentages of molybdenum, copper, silicon, manganese, carbon and other elements. Its composition is balanced to provide increased sulfuric acid resistance over conventional 18-8 (18% chromium and 8% nickel content) stainless steels while maintaining equal or superior resistance to many other important corrosives.

In 1935, Duriron produced the first commercial castings from Durimet 20. This alloy became the basis for a family of stainless steel alloys used extensively in all industries involving the handling of corrosives. In 1948, Duriron licensed Parsons’ Durimet 20 patents to Carpenter Steel, which introduced Carpenter 20 stainless steel, also called Alloy 20.

Parsons rose to become Duriron’s chief metallurgist and laboratory manager. When he retired in 1953, the Dayton Daily News made note of the team Parsons had managed, reporting that Duriron was likely the only company of its kind with a laboratory fully staffed by Black employees.

After his retirement, Parsons devoted himself to education. He organized the metallurgy program at Tennessee A&I State University (now Tennessee State University), believed to be the first of its kind at any historically Black college or university, and served as professor, department head and dean of the engineering school during his tenure from 1953-66. Parsons also served as an adjunct professor at the Ohio State University and as an instructor at an occupational training center in Dayton.

In 1997, Duriron, then known as Durco International, merged with BW/IP to form Flowserve Corp. Flowserve manufactures and sells Durimet 20, which remains widely used today in a range of industrial processes, including the production of detergents, soaps, fertilizers, pharmaceuticals, plastics, and synthetic rubber and fibers.

10 Things You Need to Know About James A. Parsons>>>