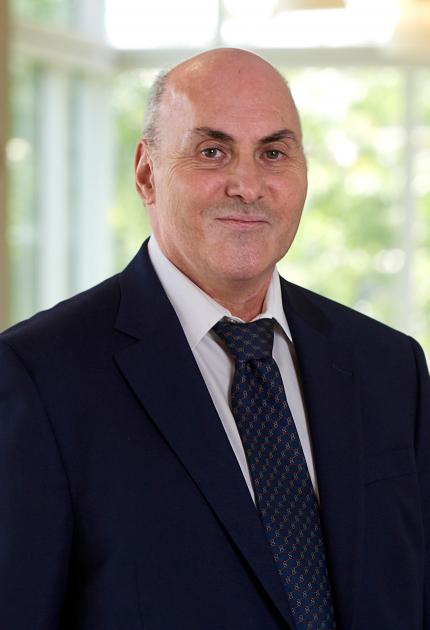 The work of immunologist Drew Weissman and biochemist Katalin Karikó enabled messenger ribonucleic acid (mRNA) to enter cells without triggering the body’s immune system. Their research and discoveries paved the way for the mRNA vaccines developed by Pfizer-BioNTech and Moderna to fight against the COVID-19 pandemic.

Growing up in Lexington, Massachusetts, Weissman spent his early years playing sports, studying martial arts and exploring science. While he was in high school, Weissman worked for a company founded by his father, manufacturing optical mirrors for satellites.

He earned his bachelor’s and master’s degrees in biochemistry/enzymology from Brandeis University in 1981, and in 1987 he earned his doctorate in immunology/microbiology and his M.D. from Boston University. He completed his residency in internal medicine at Beth Israel Hospital in Boston in 1990.

After completing a fellowship at the National Institute of Allergy and Infectious Diseases of the National Institutes of Health, he came to the University of Pennsylvania in 1997. Here, he soon began collaborating with Karikó in researching RNA and mRNA, the genetic material in the human body that instructs cells to make proteins.

“With RNA, there were so many potential uses for it, so many therapeutics, vaccines, new drug therapies, gene therapies, the list just went on and on,” Weissman shared in an interview with the National Inventors Hall of Fame®. “We knew the potential was enormous, and that's why we didn't want to give up.”

In the early 2000s, Weissman and Karikó discovered that by replacing one of the four building blocks of mRNA molecules, uridine, with pseudouridine, they could create a modified mRNA with favorable qualities and reduced adverse reactions. While unmodified mRNA molecules are unable to slip past the body’s immune system, Weissman and Karikó’s changes allowed the resulting modified mRNA to avoid immediate detection, remain active longer and enter cells to efficiently instruct them to create antigens or other proteins that fight or treat disease. This discovery was vital in making it possible for modified mRNA to be applied to an array of potential uses in future vaccines and treatments. The Weissman laboratory was the first to publish the use of lipid nanoparticles to deliver mRNA in animals, which was followed by their demonstration of the modified mRNA-LNP vaccine platform that produced protection from Zika virus infection in mice and monkeys. His lab has recently developed the ability to deliver mRNA-LNPs to specific cells, tissues and organs allowing in vivo gene therapy and protein mediated treatments for a variety of diseases.

The modified, synthetic mRNA in the COVID-19 vaccines is delivered into the human body and instructs cells to make copies of the spike protein of the virus. If a vaccinated individual is later exposed to the real virus, their body’s immune system will recognize it and will rapidly trigger an immune response to protect against severe disease.

Weissman holds 16 U.S. patents. His many honors include the 2021 Lasker-DeBakey Clinical Medical Research Award. He serves as the Roberts Family Professor in Vaccine Research at the Perelman School of Medicine at the University of Pennsylvania.

When asked what he is most passionate about in his current work, Weissman responded, “Something that I've spent my entire career working on, which is equity — getting vaccines and therapies available to the entire world.”

10 Things You Need to Know About Drew Weismann>>>