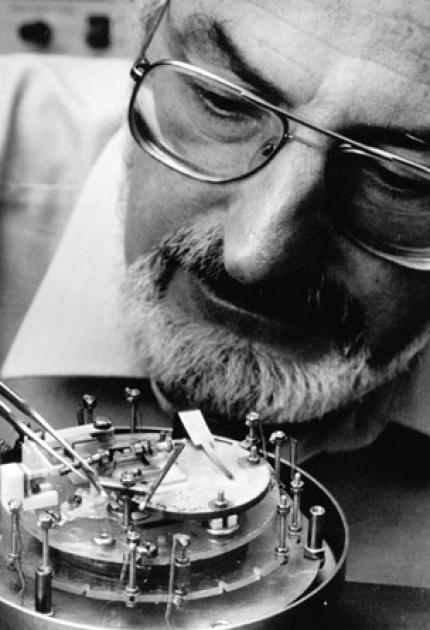 Ever since the first microscope, scientists have sought for improved ways to explore the microscopic world. Optical systems were limited by the wavelength of light. Later, electron microscopes achieved much higher resolution by taking advantage of the shorter wavelength of electrons in forming images.

The most recent revolution came with Heinrich Rohrer and Gerd Karl Binnig's scanning tunneling microscope (STM), in 1981, which provided the first images of individual atoms on the surfaces of materials. The STM can image atomic details as tiny as 1/25th the diameter of a typical atom, which corresponds to a resolution several orders of magnitude better than the best electron microscope. The STM's significance was quickly recognized, and it is used in fields as diverse as semiconductor science, metallurgy, and molecular biology.

In 1986, Rohrer and Binnig were awarded the Nobel Prize for Physics. They began their work at the IBM Zurich Division's Research Laboratory in 1978. Rohrer, born in Switzerland, received his PhD from Eidenossiche Technische Hockschule in Zurich in 1960. He spent two years in the United States at Rutgers University and joined IBM in 1963.