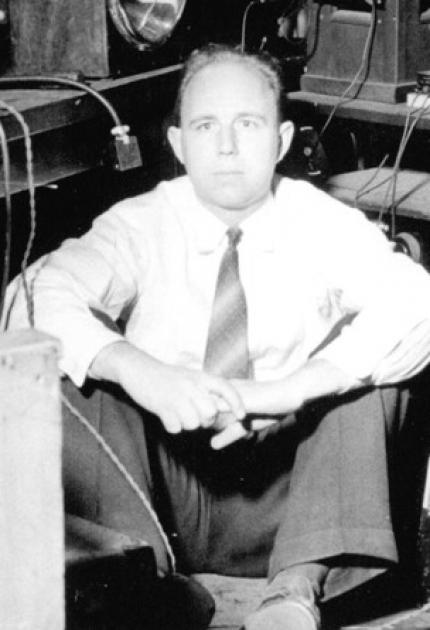 Pioneering research in stroboscopic photography by Harold E. Edgerton was the foundation for the development of the modern electronic speed flash. Born in Fremont, Nebraska, Edgerton graduated from the University of Nebraska and the Massachusetts Institute of Technology.

He joined MIT as a research assistant in 1927, became a professor in 1948, and was Institute professor emeritus from 1966 until his death. Edgerton earned international recognition for his achievements in the related fields of stroboscopy and ultra-high speed photography. The electronic speed flash his research spurred is important to science and industry as well as routine photography. He originally perfected the use of stroboscopic lights in both ultra-high-speed motion and still (stop-motion) photography capable of revealing operations which move at speeds beyond the perceptive capacity of the human eye, such as bullets in flight and light bulbs shattering.

Edgerton also made significant contributions to underwater exploration and worked aboard the ship Calypso with Jacques Cousteau and his crew in explorations of sea floors in the Mediterranean and other locations. Edgerton was one of the founding partners of E G & G, Inc. (formerly Edgerton, Germeshausen and Grier), a company specializing in electronic technology. He also helped organize and build the New England Aquarium in Boston.