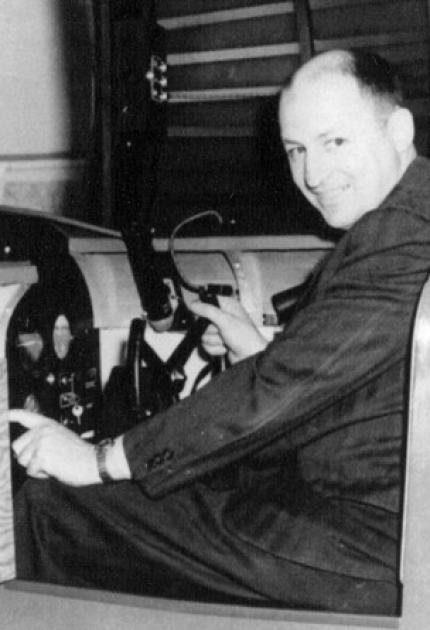 Edwin A. Link had an impact on aerospace and hydrospace few will match. His contributions to aviation are unparalleled. He invented the first successful flight simulator, which redefined how pilots were trained. He spent the second half of his life immersed in oceanographic exploration, creating innovative ways to explore the oceans.

A native of Huntington, Indiana, Link became a skilled aviator in the 1920s at the same time that he worked in his father's organ factory. He realized there needed to be a way to train pilots effectively and safely on the ground. Using parts and techniques from the organ, he built a device that could simulate the motions of an airplane. Less than two decades later, his Link Trainer, known as the "Blue Box," was essential in training pilots during World War II. The Federal Aviation Administration now allows pilots to be certified to fly designated aircraft based solely on training in a simulator.

Besides aviation, underwater exploration intrigued Link. He designed and developed numerous devices to aid scientific research, including Johnson-Sea-Link Class submersibles. Through this work, he created access to another ten percent of the earth's surface.