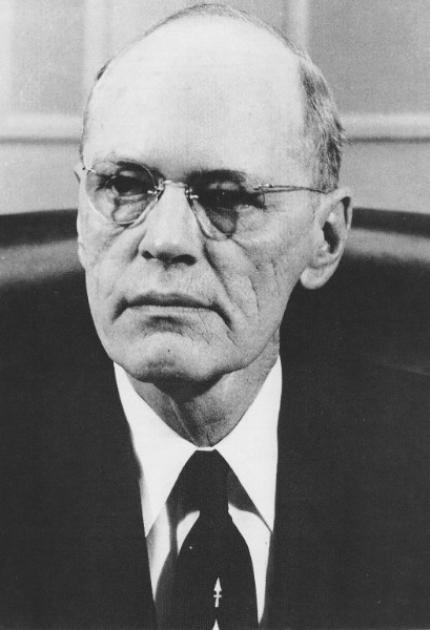 A staple in first-aid kits and bathroom cabinets for decades, the invention of the adhesive bandage came from a Johnson & Johnson cotton buyer named Earle Dickson who sought a better, practical solution to an everyday problem. His success resulted in the first commercial dressing for small wounds that consumers could apply with ease, and created a market that continues to thrive today.

In 1921, Dickson created a prototype of cotton gauze and adhesive strips covered with crinoline that could be peeled off to expose the adhesive, easily allowing the gauze and strip to be wrapped over a cut. Later that year, company leaders brought the product to market. The first commercial BAND-AID® Brand Adhesive Bandages were handmade and 18 inches long, 2.5 inches wide, with a center inch-wide strip of gauze and could be cut into smaller pieces. Improvements soon followed, including a manufacturing apparatus that produced individual bandages in a smaller, more practical size still familiar today.

First year sales were only $3000, but as BAND-AID® Brand Adhesive Bandages were adopted for widespread use by the public, Johnson & Johnson recognized Dickson's vital contribution to the company's success with several promotions. He was elected to the board of directors in 1929, made an assistant vice president in 1931, and named a vice president in 1932. He retired from Johnson & Johnson in 1957. Dickson held 5 patents, all related to his work on bandages and dressings. When Dickson died in 1961, total sales were estimated to be in excess of $30,000,000.