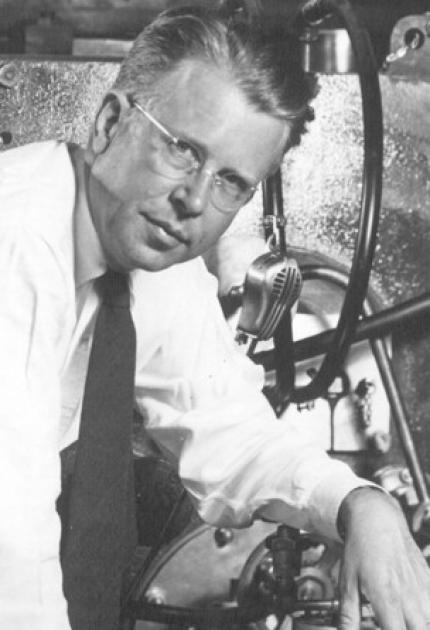 Ernest Orlando Lawrence invented the cyclotron, a device that greatly increased the speed with which projectiles could be hurled at atomic nuclei. Without it and related instruments, most of the advancements in nuclear physics made in the last 50 years could not have occurred.

Lawrence built his first cyclotron in 1930. Unlike other devices, which attempted to give charged particles one tremendous push, Lawrence's device moved protons in a widening spiral, imparting more energy to them with each spin, until they finally shot out of the instrument.

In 1939 Lawrence was rewarded for his work with the Nobel Prize in Physics.