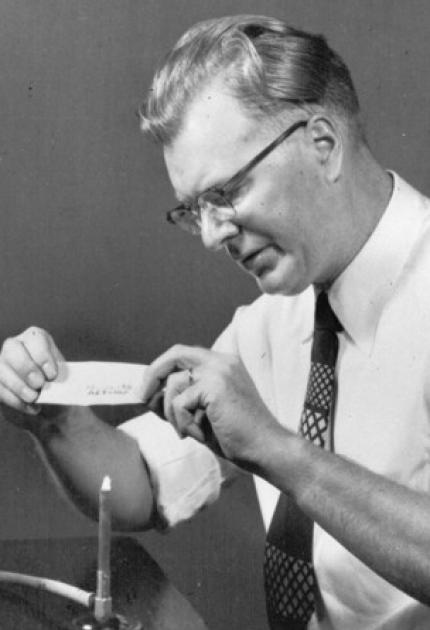 Physicist Chester F. Carlson, the father of xerographic printing, was born in Seattle, Washington. As a high school student, Carlson published a chemical magazine to support his invalid parents.

His interest in printing continued through his physics degree program at the California Institute of Technology and into his early career at the electronics firm P.R. Mallory Company, where he began working for the patent department in 1930. Plagued by needs for copies of patent drawings and specifications, Carlson investigated ways of automatic text and illustration reproduction, working out of his apartment. While others sought chemical or photographic solutions to "instant copying" problems, Carlson turned to electrostatics and in 1938 succeeded in obtaining his first "dry-copy" and the first of many patents two years later.

It took presentations to more than 20 companies before Carlson was able to interest the Battelle Development Corporation in his invention in 1944. In 1947 the Haloid Company renamed Xerox Corporation negotiated commercial rights to his xerographic development. Eleven years later, and ten years before Carlson's death in 1968, Xerox introduced its first office copier.