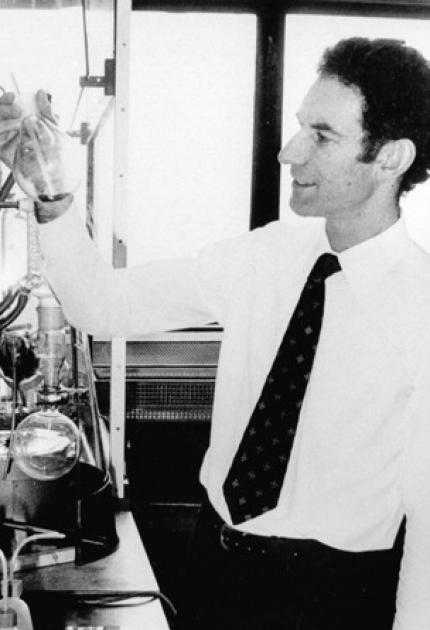 In 1964, C. Robin Ganellin began work with Graham Durant and John Emmett that led to the discovery of histamine blockers and that eventually propelled the drug cimetidine to be placed on the essential drug list compiled by the World Health Organization. The team worked in collaboration with Nobel laureate biologist Sir James Black, and cimetidine was introduced to the world in 1976 under the brand name Tagamet.

Many physicians divide the history of ulcer disease into two areas—before cimetidine and after cimetidine. Cimetidine works by inhibiting gastric acid secretion when treating duodenal ulcers. In 1989, it was the first H2 antagonist to receive approval for continuous intravenous infusion, and in 1988, it became the first drug approved for the once-daily treatment of gastric ulcers. Another reason cimetidine is hailed is because ulcer patients can now lose less work days and have fewer operations.

Ganellin was born in London, England, and studied chemistry at Queen Mary College, London and at the Massachusetts Institute of Technology. He is currently the SmithKline and French professor of medicinal chemistry at University College London, where he is also researching into cholecystokinin and potassium ion channels. Ganellin is named as co-inventor on more than 150 U.S. patents.