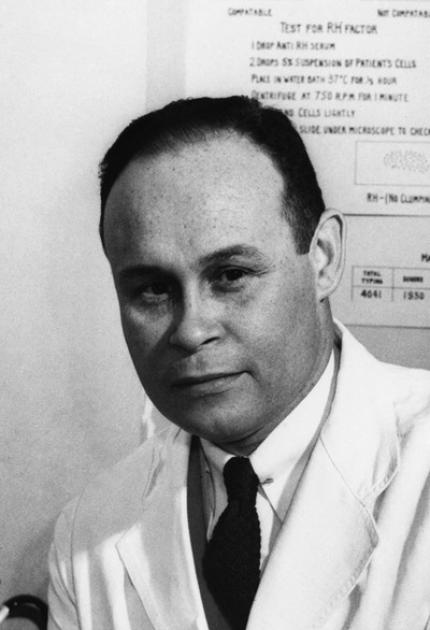 Charles Drew was an African-American physician renowned for his work in blood plasma preservation. Drew's research into the storage, processing, and shipment of blood plasma saved the lives of hundreds of Britons during World War II and it continues to save lives today.

Drew began researching blood transfusions while an undergraduate student; he continued this research throughout his medical training. In 1938, as a Rockefeller Fellow and doctoral student at Columbia University, he researched blood storage with his mentor Dr. John Scudder. Drew's dissertation, Banked Blood: A Study in Blood Preservation, proved his expertise. Shortly after, he was asked to serve as medical director for Plasma for Britain and, in this position, he established new industry standards. In 1941, Drew became the first director of the American Red Cross Blood Bank in New York.

Drew was a graduate of Amherst College, McGill University, and Columbia University. He was a productive and highly esteemed medical professional throughout his life; in 1941, he became the first African-American surgeon to serve as examiner on the American Board of Surgery. In 1944, he was appointed Chief of Staff at Freedmen's Hospital. He was elected Fellow to the International College of Surgeons in 1946, and served as a consultant to the Surgeon General in 1949. At the time of his death, he was professor and chief of surgery at the Howard Medical School.