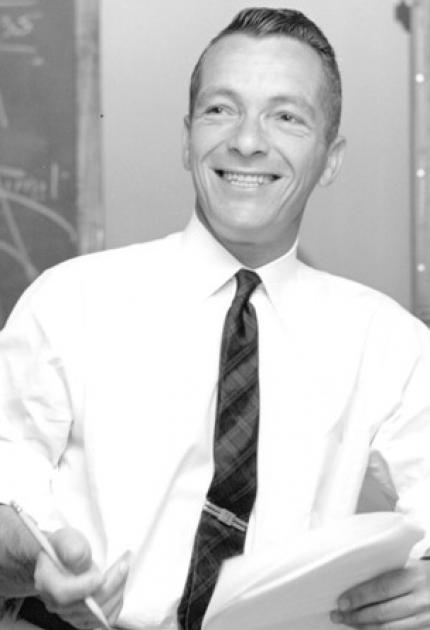 Born in San Francisco, California, Ginsburg graduated with a B.A. from San Jose State in 1948 then worked as a studio and transmitter engineer at a radio station in the San Francisco Bay area. In 1952 he joined the Ampex Corporation. He held the position of vice president of Advance Development at Ampex from 1975 until his retirement in 1986. Tape recording of television signals dates to just after World War II, when audio tape recorders were pushed to record the very high frequency signals needed for television. These early machines ran the tape at very high speeds 240 inches per second to achieve high-frequency response.

Ginsburg led the Ampex research team that developed a new machine that could run the tape at a much slower rate because the recording heads rotated at high speed, allowing the necessary high-frequency response. Recorded programs that could be edited replaced most live broadcasts. In 1956, CBS became the first network to employ VTR technology.