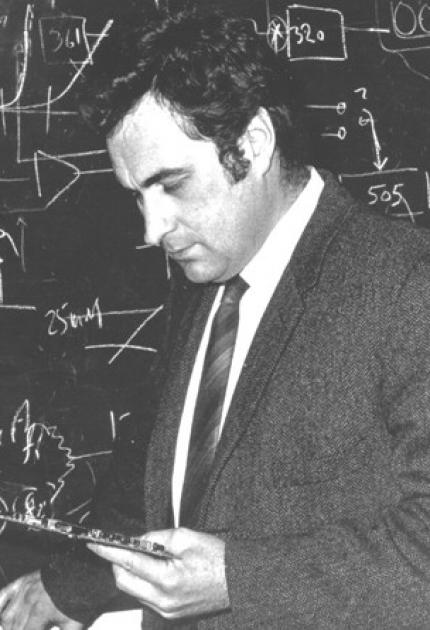 Ray Dolby revolutionized the audio industry in the 1960s by inventing the Dolby System, which electronically reduced the pervasive "hiss" from analog tape sound recording, thus creating a clearer, crisper sound. With the Dolby System, sound is passed through an encoder as it is recorded, then played back through a decoder, dramatically lowering background noise and hiss with none of the side effects inherent in previous attempts at noise reduction.

Ray Dolby was born in Portland, Oregon. He received a B.S. in electrical engineering from Stanford University and a Ph.D. in physics from Cambridge University. He founded Dolby Laboratories in 1965 to develop his ideas about noise reduction.

The following year, Decca Records became the first recording company to use the Dolby System. By 1967, major record labels such as RCA, MCA, and CBS followed suit. The 1970s saw the use of Dolby technology in film production and exhibition, in movies such as Apocalypse Now and Star Wars. The recipient of Academy and Emmy Awards, Dolby also received the National Medal of Technology.