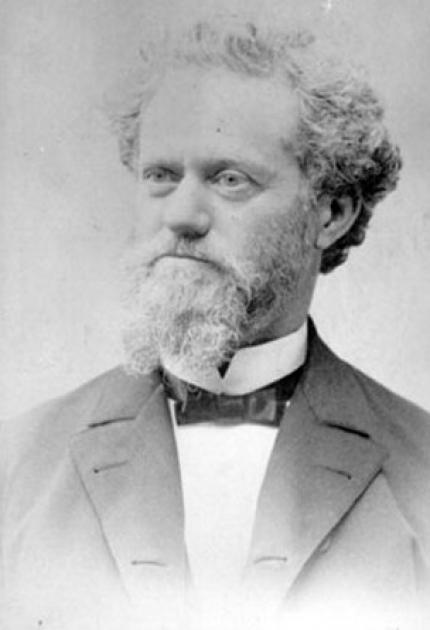 Andrew Hallidie left his mark on San Francisco as the inventor of the first cable railway, which enabled the widespread use of cable cars throughout the city.

Born in London, England, Hallidie was schooled in engineering and received practical training in surveying. At the age of 17, he moved to California and eventually worked as a contractor and surveyor.

Hallidie built a solid reputation designing wire suspension bridges and flumes for use in mines along the Pacific coast and into British Columbia. In 1857, he became involved in manufacturing wire rope and soon began concentrating on the concept of transporting freight by means of endless wire rope. The success of the "Hallidie ropeway" for use in mines caused Hallidie to think of alternatives for transporting people on the steep streets of San Francisco.

Hallidie's idea was based on the principle of an endless wire rope that was in continuous motion underground. The car could be attached and released from the cable by a hook. When Hallidie first presented the idea of a cable car to the public he was ridiculed. Undaunted, with the help of friends and investors, Hallidie raised the capital to experiment with a single line on one street. The experiment proved to be successful, and cable cars became popular not only in San Francisco, but in other cities as well.