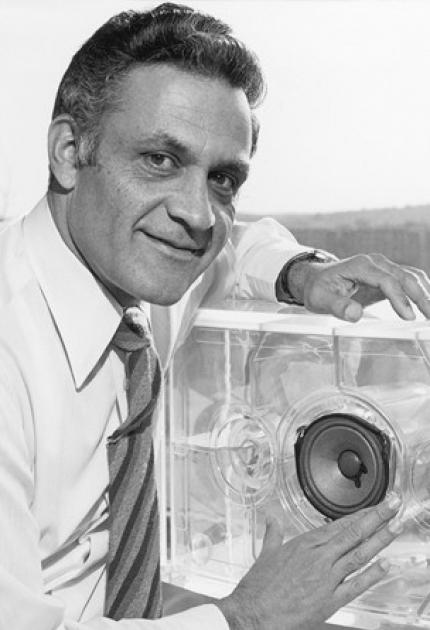 A pioneer in modern acoustics, Dr. Amar Bose was Founder, Chairman and Technical Director of the internationally-recognized audio company that bears his name.

Raised just outside Philadelphia, Bose began his career at the age of 13, repairing radios in his basement during WWII. His passion for technology continued at MIT, where he earned Bachelor, Master and Doctoral degrees in Electrical Engineering. In 1956, Bose was asked to join the faculty at MIT, where he taught until 2001.

His research at MIT led to the development of new, patented technologies. With those patents, he founded Bose Corporation in 1964. He achieved worldwide acclaim with the introduction of groundbreaking products, including the 901® Direct/Reflecting speaker system, customized sound systems for automobiles, and active noise-reducing headphones. Under his leadership, 100 percent of profits were reinvested back into the company, enabling advancements in non-audio areas. In 2004, after 25 years of research, he introduced a revolutionary suspension system that combines superior comfort and control in the same vehicle.

Bose completed extensive work for the Armed Forces and NASA. He was named Inventor of the Year in 1987 by the Intellectual Property Owners Association and held numerous patents in the fields of acoustics, electronics, nonlinear systems, and communication theory.