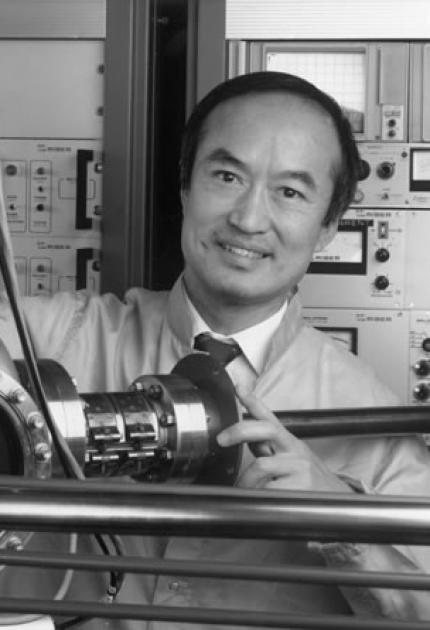 Alfred Cho is considered "the father of molecular beam epitaxy," a process in which materials are layered atop one another atom-by-atom within a vacuum with great precision to form devices like transistors and light-emitting diodes, or lasers. Cho achieved many firsts with this technique, including producing the first of several types of diodes and the first field effect transistor that operates at microwave frequencies. The switches in cell phones that carry our conversations over radio frequencies are made using molecular beam epitaxy, as are most of the lasers used in CD/DVD players and drives.

Because molecular beam epitaxy can produce compounds that do not exist in nature, it is used for research purposes as well, and as a real-world demonstration of quantum physics to university students worldwide.

Cho was born in Beijing, China and earned bachelor's, master's, and doctorate degrees from the University of Illinois. His early work was for Ion Physics Corp. and TRW Space Technology Labs. He joined Bell Laboratories after completing his Ph.D. in 1968, where he ultimately became Vice President of Semiconductor Research for Alcatel-Lucent's Bell Labs. He is the recipient of many awards, including the National Medal of Science and the National Medal of Technology.