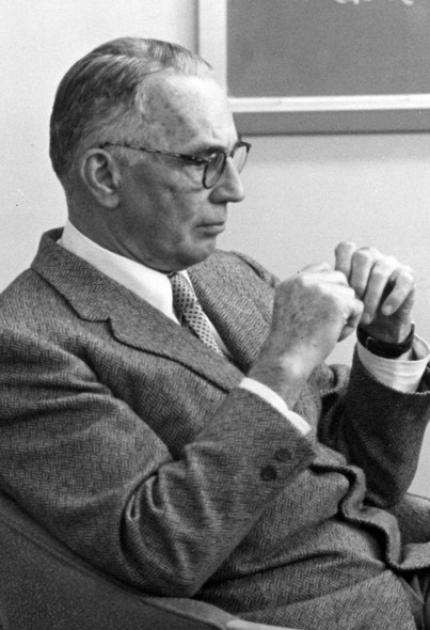 Attorney and investment banker Alfred Loomis is known as one of the great amateur scientists of the 20th century. Among his many innovations was LORAN (LOng RAnge Navigation), a radio navigation system for a marine or flight navigator to determine a vessel's location. LORAN remained an essential tool until the introduction of the Global Positioning System in the 1990s.

Loomis's considerable wealth allowed him to indulge his interest in science. He established a personal laboratory near his mansion in Tuxedo Park, New York where he invented an artillery chronograph to measure muzzle velocity of fired shells, patented an early electroencephalograph, and conducted experiments and research into such topics as sound waves, spectrometry, and the very exact measurement of time. His laboratory attracted some of the world's best scientists during the decade just before World War II, including Albert Einstein, Enrico Fermi, and Niels Bohr.

In 1940, Loomis was chosen by NIHF Inductee Vannevar Bush to establish a new Radiation Laboratory at MIT where he ultimately invented LORAN. Originally from New York City, Loomis attended Yale and Harvard Law School. He became known as a generous philanthropist, donating millions of dollars for scientific research.