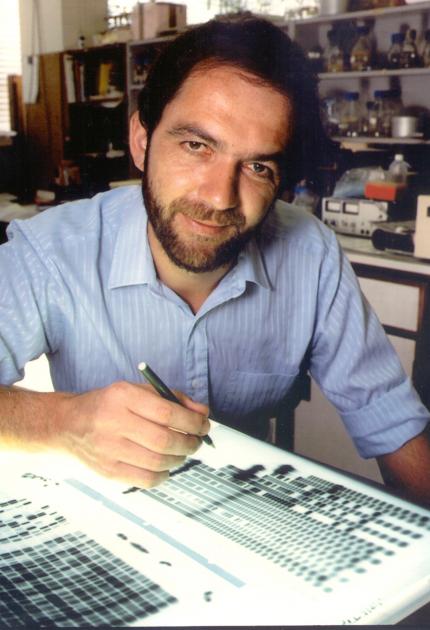 Human DNA contains long strands of molecules that correlate to each individual's genetic traits. The amount of information coded into DNA is so vast that it is difficult to examine DNA samples. Jeffreys discovered a process that detects extremely variable DNA regions, proving that each human has its own genetic fingerprint. Users of genetic fingerprinting were able to pursue and identify criminals who left behind samples of blood, semen, skin or hair after a crime. Subjecting these DNA samples to genetic fingerprinting made it possible to conclusively link suspects to the scene of a crime. It also exonerated numerous people falsely convicted before genetic fingerprinting was invented.

Born in Oxford, England in 1950, Jeffreys studied at Merton College in Oxford. He conducts his research at the University of Leicester, where he made his well-known discovery. His work has earned him numerous honors, including knighthood in 1994.