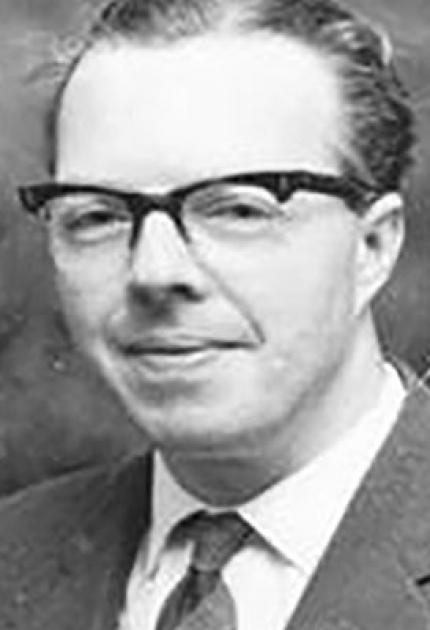 Chemist John Nicholson and pharmacologist Stewart Adams developed ibuprofen during the 1950s and 1960s at Boots Pure Drug Co. in England. Today, ibuprofen is a popular first-line treatment for safely reducing pain, fever and inflammation, and it is available in more than 80 countries.

When Nicholson, who had obtained a bachelor’s degree in chemistry and doctorate from the University of Oxford, began to collaborate with Adams, the two were determined to discover a treatment for rheumatoid arthritis that was safer and had fewer side effects than aspirin and other options available at the time.

Believing aspirin’s anti-inflammatory properties were key to treating rheumatoid arthritis, they tested more than 200 compounds derived from salicylates before further analysis and new data steered them toward propionic compounds. Among those they tested was 2-(4-isobutylphenyl) propionic acid, later named ibuprofen.

Ibuprofen proved a safer, better tolerated rheumatoid arthritis treatment than many established pain relievers and could be taken long-term with no serious side effects. Even in lower doses, it performed as well as aspirin. Nicholson and Adams earned a U.S. patent for ibuprofen in 1966, and Nicholson would hold a total of six U.S. patents in his lifetime.

Ibuprofen was first made available by prescription in 1969 in the United Kingdom, and availability in the United States soon followed. In the 1980s, it was approved as an over-the-counter drug for its effectiveness in treating non-rheumatic conditions, and the medicine’s uses continue to evolve.

Ibuprofen has become the preferred drug for treating patent ductus arteriosus, a congenital heart defect that can weaken heart muscles and, if left uncorrected, eventually lead to congestive heart failure.

7 Things You Need to Know About John Nicholson>>>