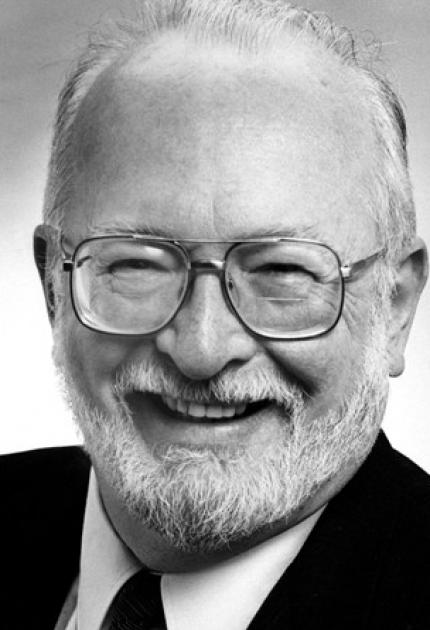 By developing the use of nuclear magnetic resonance (NMR) to create images of organs, joints and other tissues in the human body, Paul Lauterbur established magnetic resonance imaging (MRI) as an important tool in modern medicine.

Born in Sidney, Ohio, he earned his B.A. in chemistry from the Case Institute of Technology and his Ph.D. from the University of Pittsburgh. Early in his career, Lauterbur pursued the use of NMR machines to study the structure of chemical compounds while working for the Army Chemical Center Medical Laboratories. Applying a magnetic field, he was able to determine spatial patterns within chemical compounds. Lauterbur furthered his research on NMR spectroscopy at the State University of New York at Stony Brook, refining methods for analyzing structures. By determining NMR technology could be used to create images of structures within the body, he created a uniform magnetic field to provide resolute signals. MRI provides detailed images of internal organs, making it a valuable tool for spotting cancerous tumors, internal injuries and defects in tissue.

While at the University of Illinois at Urbana-Champaign, Lauterbur continued his work pursuing new applications for bioengineering. Recipient of many honors, he was awarded the 2003 Nobel Prize.