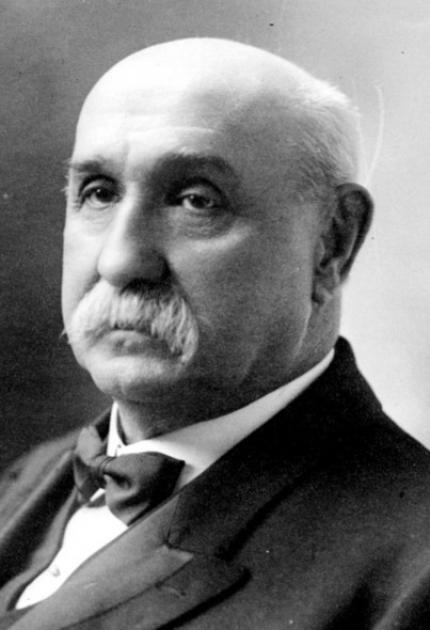 Brothers James and John Ritty developed a working version of a mechanical cash register for use at James' saloon in Dayton, Ohio.

In 1878, while on a steamboat trip in Europe, James Ritty became intrigued by a mechanism that counted the revolutions of the ship's propeller. He wondered if something like this could be made to record cash transactions at the saloon he owned. By using a machine to record each sale, he determined it would be possible for both the employer and the customer to check and audit each transaction.

Upon his arrival back home in Dayton, Ritty and his brother John began working on a design for such a device. They worked on several versions, and their third prototype was a success. It operated by pressing a key that represented a specific amount of money. There was no cash drawer yet with their design. Continuing to improve their innovation, the Ritty brothers opened a small factory in Dayton to manufacture cash registers. James Ritty soon became overwhelmed with the responsibilities of operating two businesses and sold the interest in the cash register business to others who renamed the company the National Cash Register Company, later known as NCR.