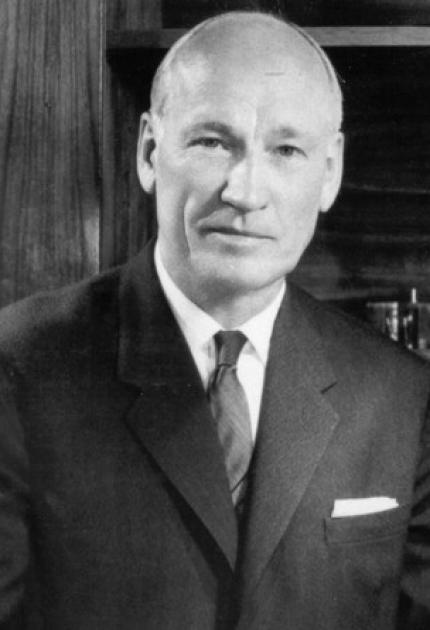 Arnold O. Beckman invented a pH meter and the quartz spectrophotometer, an instrument which pioneered automatic chemical analysis. Born in Cullom, Illinois, Beckman received his B.S. in 1922 and M.S. in 1923 from the University of Illinois. He pursued further graduate studies at the California Institute of Technology and received his Ph.D. in 1928. He became an assistant professor there in 1929, resigning in 1940 to devote his time to the development and manufacture of instruments used in chemical laboratories and in chemical process control.

He founded Beckman Instruments, Inc., in 1935 with the development of the pH meter. In 1940 he developed the helical potentiometer, another precision electronic component, and the quartz spectrophotometer. In 1997, the company became Beckman Coulter, Inc., and today manufactures instrumentation and related scientific products used widely in medicine, science, industry, pollution control, education, space exploration, and many other fields.

Beckman founded the Instrument Society of America. The Arnold and Mabel Beckman Foundation has contributed substantially to the advancement of education and research. The foundation's philanthropy is reflected in the many medical and scientific institutions that bear the Beckman name.