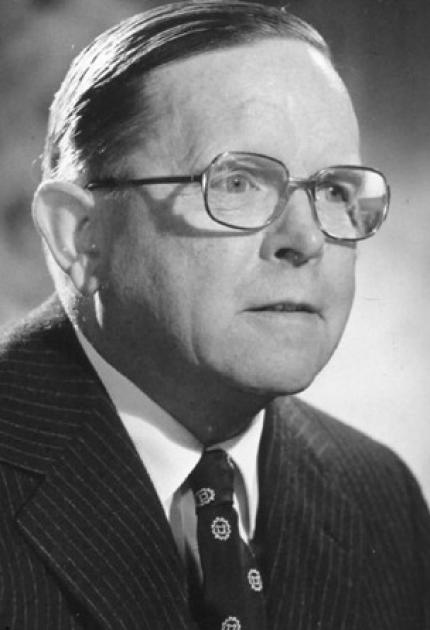 Sir John Charnley invented low-frictional torque arthroplasty, or LFA, the hip replacement surgery that has relieved the pain and restored the movement of hundreds of thousands of people.

Born in Lancashire, England, Charnley studied at Manchester University and trained at the Royal Manchester Infirmary and Salford Royal Hospital. He published seminal papers on the non-surgical treatment and surgical compression of fractures before beginning his work on hip replacement in 1954. Although the procedure had been done before, it generally resulted in pain due to pressure on nerves in the hip socket and poor lubrication of the joint.

In late 1962, Charnley unveiled a combination of a thick plastic socket and a small-diameter, highly-polished metal ball to replace the head of the thigh bone. He also developed a clean air enclosure, total body exhaust suits, and an instrument tray system that are essential to the replacement procedure. The Charnley hip replacement became the gold standard and has been a clinical success for more than four decades.

Charnley established the Center for Hip Surgery at Wrightington Hospital in 1962. There, he continued to develop LFA, and taught his methods to specialists, surgeons, and biomechanicians from around the world.