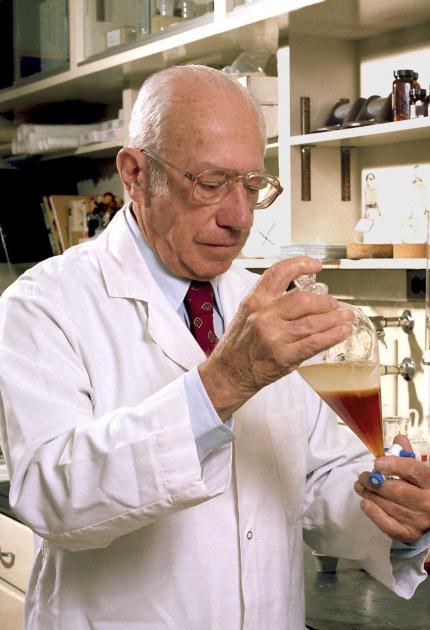 The discovery of benzodiazepines by Leo Sternbach and colleagues Lowell Randall and Earl Reeder improved many lives and introduced a new class of safe and effective tranquilizers to treat sleep and anxiety disorders. Librium® and Valium®, the first two drugs from a new class called benzodiazepines, proved to be more effective at reducing stress and anxiety than previous tranquilizers and had fewer side effects. The global healthcare company Roche introduced Librium® in 1960 and Valium® in 1963. Valium® was the most prescribed drug in the world from 1969 to 1982.

The success of Librium® and Valium® prompted further research into other types of benzodiazepines and several variants were developed by Roche (Versed®, Klonopin®, Dalmane®, and Lexotan®), in addition to products from other companies (Atavan® and Xanax®). Since their worldwide launch more than 40 years ago, benzodiazepines have proven to be safe and effective, when used properly.

Sternbach was born in Abbazia, now part of Croatia, and earned his Ph.D. in organic chemistry from the University of Krakow in Poland in 1931. He began work at Roche in 1940 in Switzerland but was forced to flee to the company's U.S. headquarters the following year to escape the Nazi occupation. Sternbach maintained an office at the Roche New Jersey site until 2004.