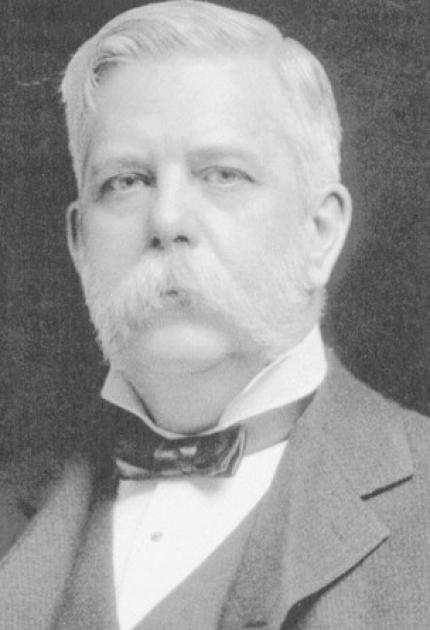 George Westinghouse, Jr. invented a system of air brakes that made travel by train safe and built one of the greatest electric manufacturing organizations in the United States.

Born in Central Bridge, New York, Westinghouse briefly attended Union College, and then developed and patented a rotary steam engine and a device for replacing derailed freight cars. He then worked on a system of railroad brakes that would centralize control in the hands of the engineer. He was awarded the first of many air brake patents in 1869 and at 22, organized the Westinghouse Air Brake Company; in 1882 he organized the Union Switch and Signal Company. In 1886 he founded the Westinghouse Electric Company, foreseeing the possibilities of alternating current as opposed to direct current.

Westinghouse enlisted the services of Nikola Tesla and others in developing alternating current motors and apparatus for the transmission of high-tension current. His company became the outstanding competitor of General Electric, which in 1896 arranged to use his patents by a cross-licensing agreement. By the turn of the century, the various Westinghouse enterprises employed more than 50,000 workers.