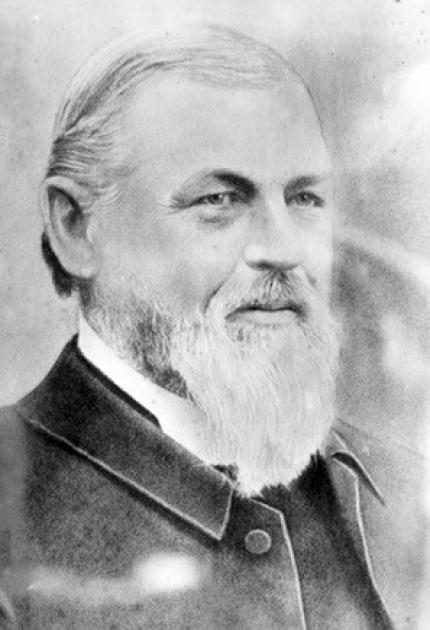 In the late 1870s, Hannibal Goodwin developed a method for making transparent, flexible roll film out of a nitrocellulose film base. Goodwin, an Episcopal priest and amateur photographer, was inspired to invent this film when he was unable to find suitable Bible pictures for use in his Sunday-school classes. Initially, he decided to make his own glass-plate photographs, but soon found that glass-plate photography was a cumbersome, multi-step process. Hoping that a new camera might be the answer, Goodwin also experimented with George Eastman's Kodak camera, but was dissatisfied that the camera had to be sent back to the factory for processing.

Goodwin made his flexible photographic film by dissolving nitrocellulose in nitrobenzole and then diluting the thick mixture with alcohol. He poured the mixture onto glass, and when the nitrobenzole and alcohol evaporated, he had a film that could be coated with emulsion and used for taking pictures.

He applied for a patent in 1887 for his roll film at the same time Eastman Kodak was experimenting with flexible film. The Patent Office declared an interference between Goodwin and Kodak, and Goodwin won the case. Goodwin then sued Kodak for patent infringement, and some years after Goodwin's death, his estate won a $5 million settlement.