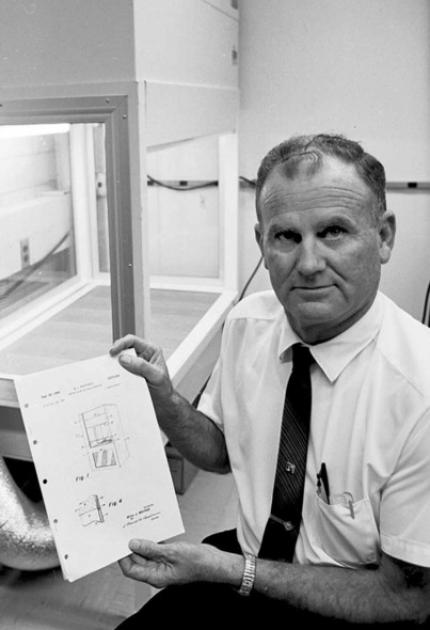 Willis Whitfield invented the clean room in 1962 at Sandia National Laboratories. To solve problems of dust particles causing reliability and quality issues with nuclear weapon components, Whitfield envisioned a room that blew air in from the ceiling and sucked it out from the floor, allowing the air to move at a constant, steady rate. Filters scrubbed the air before it entered the room and gravity helped any remaining particles exit. When he tested his clean rooms, particle detectors started showing numbers so low that many did not believe his claims.

Whitfield's design made it possible to standardize clean rooms across the government and its research divisions found in such agencies as the Department of Defense, the Department of Energy, and NASA. Clean rooms have also been instrumental in the research and development that has produced much of the technology that surrounds us. They are essential for the manufacture of many products such as computer chips, photovoltaics, and microelectromechanical systems.

Whitfield attended Hardin-Simmon University as well as George Washington University and the University of New Mexico. He spent much of his career at Sandia until his retirement in 1984. His legacy continues in today's clean rooms which are much the same as the original with only slight modifications.