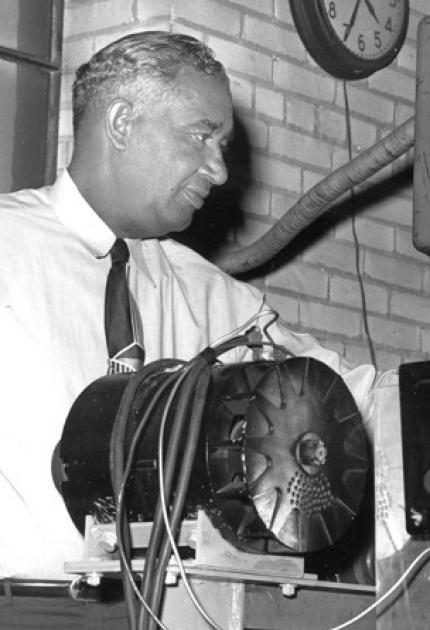 Frederick Jones invented the first successful system for mobile refrigeration. His invention eliminated the far less effective use of ice and salt to preserve foods for transport, greatly extending the distance over which food could be successfully delivered.

In the summer of 1938, local merchant Joseph Numero made an offhanded promise to a trucking company to build a refrigerated truck that would not fail when subjected to the normal bumps and vibrations that occur during shipping. Jones, working for Numero, designed a durable, small unit with a compressor mounted under the trailer that was powered by a four-cylinder engine. Used in trucks, railroad cars, ships, and planes, Jones' technology revolutionized the distribution of food and other perishables. It made fresh produce available anywhere in the country year-round, changing Americans' eating habits.

Jones and Numero went on to found Thermo King Corporation to produce the mobile refrigeration device. Thermo King became an international corporation and had over $1 billion in annual sales when it was acquired by the Ingersoll-Rand Company in 1997.

Jones was born in Cincinnati, Ohio. Despite having minimal formal schooling, he became the first African-American to be awarded the National Medal of Technology.