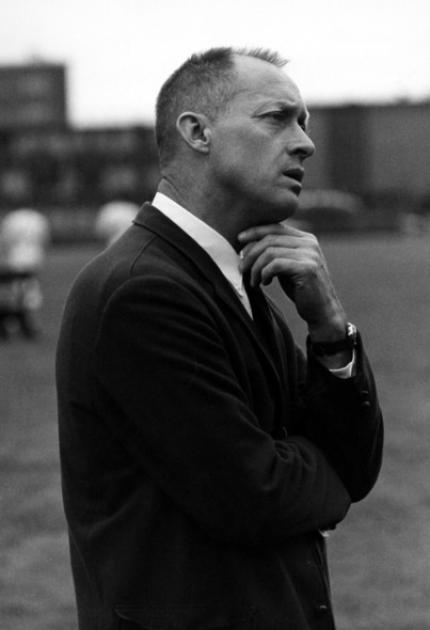 Bill Bowerman spent 24 years as the head track coach at the University of Oregon where he constantly worked to improve both procedures and equipment. A top priority was making shoes lighter and faster, and he holds multiple patents related to athletic shoe design.

Bowerman's most impactful innovations focused on the outer soles of the shoes, designing lightweight models that had good traction without metal spikes and that were appropriate for a variety of surfaces, including artificial tracks. His Waffle Trainer sole, first prototyped using his wife's waffle iron, featured raised nubs similar to those on modern mountain bike tires which gave the shoe traction while maintaining a low weight. In 1964, Bowerman entered a partnership with one of his former athletes, Phil Knight, forming Blue Ribbon Sports. They decided to start mass-producing Bowerman's designs and changed their company name to NIKE. Within another decade, NIKE was a household name and today remains a globally known brand.

An Oregon native and an alumnus of the University of Oregon, Bowerman maintained a reputation as a tinkerer throughout his life. His years as a track coach contributed to his belief that running could provide a good fitness regime, and he is credited with introducing the jogging craze in the United States.