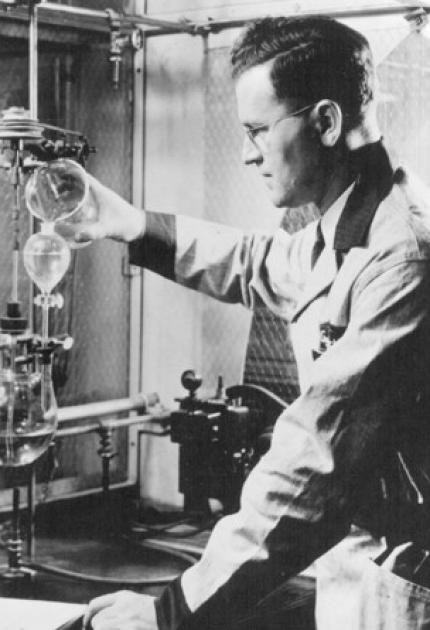 In 1926, Waldo Semon, newly employed at The BF Goodrich Company in Akron, Ohio, decided to pursue a dubious project. He began trying to dissolve an undesirable material called polyvinyl chloride (PVC) to create an adhesive for bonding rubber to metal. He never succeeded in creating the adhesive, but by heating PVC in a solvent, he discovered a substance that was both flexible and elastic. At first no one knew what to make of it, but decades later PVC has become the world's second-best selling plastic.

Following his retirement from BFG in 1963, Semon served as a research professor at Kent State University. During his lifetime, Semon was awarded 116 U.S. patents.