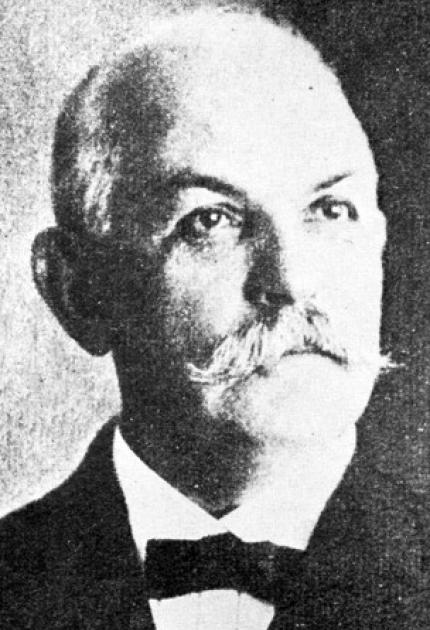 In 1888, Theophilus Van Kannel invented the revolving door, a design that characterized the entrance of modern skyscrapers.

The revolving door helped alleviate several problems associated with conventional doors. It served as an airlock, preventing the rapid influx of cold air into warm buildings on chilly, windy days. The revolving door also kept out street noises and fumes. The door proved particularly useful in skyscrapers, where the pressure differences created by a large column of warm air inside the building and the outside cold air made conventional doors difficult to open or close. Architects also liked the doors, since moving from the small, enclosed space of a revolving door into a lobby made the space seem large and majestic.

In 1889, Van Kannel was awarded the John Scott Medal by the City of Philadelphia for the usefulness of his invention to society. Van Kannel established his own company, the Van Kannel Revolving Door Company, to make and market his designs. He continued to work to improve the revolving door, but he also experimented with other inventions. In 1907, International Steel bought Van Kannel's revolving door business, and it survives today as the International Revolving Door Company.