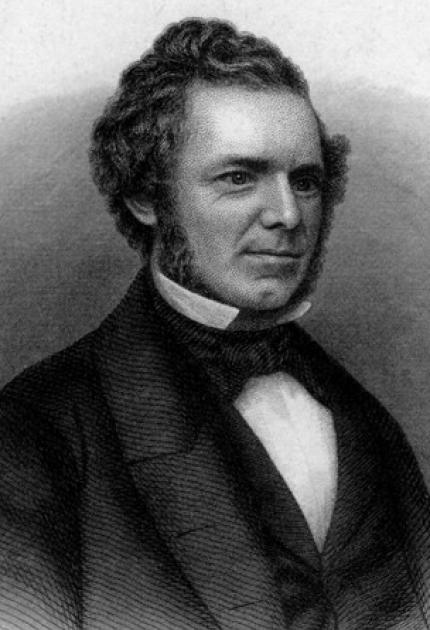 Born in New York City, Hoe was the son of Robert Hoe, a British-born printer who improved the cylinder press developed by David Napier. In 1827, at the age of fifteen, Hoe left school to join his father's printing firm, R. Hoe & Company. Within fifteen years, he took over the company and began working on a new press that discarded the traditional flatbed and attached the type to a central cylinder, around which revolved four to ten impression cylinders. This became known as the rotary press -- the first in the world.

Also referred to as the "lightning press," Hoe's invention was first introduced to the printing industry in 1847 in the offices of the Philadelphia Public Ledger. The resulting eight thousand papers per hour revolutionized newspaper printing. Eager to further improve his press, he eliminated single sheet printing by devising a rotary-web printing press in 1871. This press was fed continuous rolls of papers (or webs), and printed on both sides in one move. The New York Tribune was the first newspaper printed with this process.