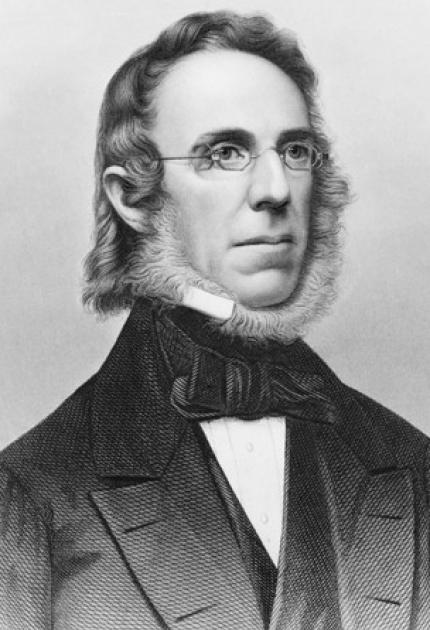 Peter Cooper designed and built the engine for one of America's earliest steam locomotives. A prolific inventor, successful businessman, and philanthropist, he also fueled technological progress by founding the Cooper Union for the Advancement of Science and Art.

Cooper was born in New York City and had only one year of formal schooling. Apprenticed to a coach maker as a teen, he invented a machine for shaping wheel hubs. After several other inventions, Cooper patented a rotary steam engine and produced Tom Thumb, the first American-built steam locomotive to operate in regular service. Despite its small size, Tom Thumb proved a steam-powered locomotive could pull a load at a reasonable speed over winding, graded tack.

Cooper also helped develop New Jersey's iron industry. In 1854, his factory produced the first structural iron beams for fireproof buildings. The Iron and Steel Institute of Great Britain awarded Cooper the Bessemer Gold Medal for his many advancements in the field.

Believing that education should be "as free as water and air," Cooper founded Cooper Union, the nation's first free institution of higher learning, in 1859. Cooper Union offered courses in general science, engineering, chemistry, and art and design. It remains a full-scholarship college today.