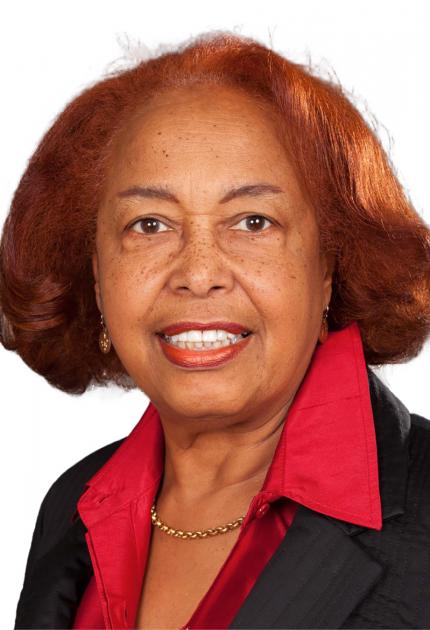 Dr. Patricia Bath invented laserphaco, a new device and technique to remove cataracts. It performed all steps of cataract removal: making the incision, destroying the lens and vacuuming out the fractured pieces. Bath is recognized as the first Black woman physician to receive a medical patent.

After completing an ophthalmology residency at New York University, Bath completed a corneal transplant surgery fellowship at Columbia University. While a fellow, she was recruited by UCLA Medical Center and Charles R. Drew University to co-found an ophthalmology residency program at Martin Luther King Jr. Hospital. She then began her career at UCLA, becoming the first woman ophthalmologist on the faculty of its prestigious Jules Stein Eye Institute. She was appointed assistant chief of the King-Drew-UCLA Ophthalmology Residency Program in 1974 and chief in 1983. Bath conceived her laserphaco device in 1981, published her first paper in 1987 and had her first U.S. patent issued in 1988. Her minimally invasive device was used in Europe and Asia by 2000.

When Bath interned in ophthalmology, she was one of the first to document that Black patients had double the rate of glaucoma and realized that the high prevalence of blindness among Black patients was due to a lack of access to ophthalmic care. In a seminal paper in 1976, she proposed the discipline of Community Ophthalmology, combining public health, community medicine, and clinical and daycare programs to test vision and screen threatening eye conditions in historically underserved communities. That same year, she co-founded the American Institute for the Prevention of Blindness, designed to protect, preserve and restore sight through education, community service, research and eye care services. She also founded the Ophthalmic Assistant Training Program at UCLA, whose graduates worked on blindness prevention.

Bath received her bachelor of arts degree in chemistry from Hunter College in 1964 and her medical degree from Howard University in 1968. Included among her many achievements, she was the first Black woman to complete a residency in ophthalmology at NYU and the first woman to chair an ophthalmology residency program in the United States at Drew-UCLA. She has been recognized as a laser pioneer, and among her numerous honors she has been recognized by the National Science Foundation, the Lemelson Center, the American Medical Women’s Association, the U.S. National Library of Medicine, the American Academy of Ophthalmology Museum of Vision & Ophthalmic Heritage, the Association of Black Women Physicians with its Lifetime Achievement Award for Ophthalmology Contributions, and by Alpha Kappa Alpha with its Presidential Award for Health and Medical Services.

10 Things You Need to Know About Patricia Bath>>>