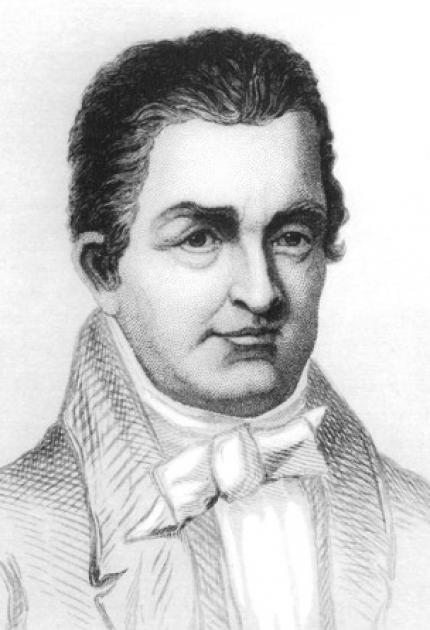 Born in Newport, Delaware, Evans was apprenticed to a wheelwright and wagon maker as a teenager. As a young man, Evans ran a flour mill with two of his brothers. Looking for increased efficiency, Evans harnessed the energy of a water wheel and used shafts, gears, and belts to propel mill machinery. In his design, elevators moved grain vertically, conveyers pushed grain horizontally, and hoppers sifted and dried the flour. The final product was flour that was finer, drier, and easier to store.

By the early 1800s, Evans' attention turned to steam power. Although James Watt had already invented the low-pressure steam-engine, Evans' idea was for a high-pressure engine. High-pressure was introduced into a cylinder, causing the piston to push down. Evans also placed the cylinder and the crankshaft at the same end instead of at opposite ends, greatly reducing the overall weight.

Evans had hope for steam-powered land locomotion, but his ideas were ahead of his time. He went on to open the Mars Works in Philadelphia, where he constructed steam engines and boilers for mills, steamboats, and factories.