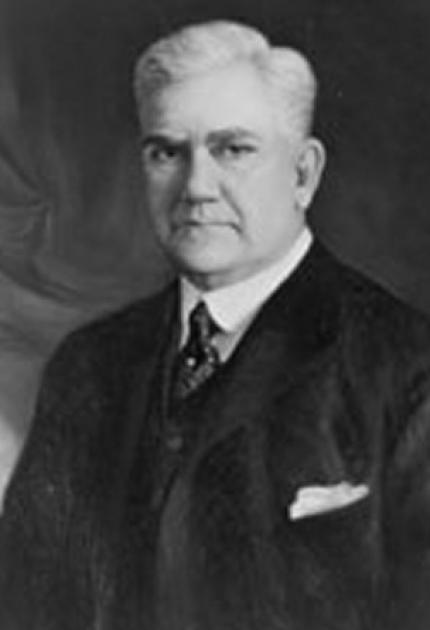 Michael Owens played a major role in the history of glass product manufacturing with his automatic glass-blowing machine.

Born in Mason County, West Virginia, Owens left school at the age of 10 for a glassware apprenticeship at J.H.Hobbs, Brockunier and Company in Wheeling. Within five years of his arrival, he became a master glassblower.

Moving to Toledo, Ohio, Owens worked for the Toledo Glass Factory, owned by glass manufacturing magnate Edwin Libbey. Eventually appointed as foreman and supervisor, Owens was responsible for constructing machines that could automate the production of glass containers. His glass bottle-making machine automated the entire process, from selecting the molten glass to blowing the glass into its final form. The machine produced glass bottles at a rate of 240 per minute, and in some cases, reduced labor costs by 80%.

Owens' invention of a glass bottle-making machine not only earned him fame but also contributed to Toledo's importance in the glass industry.