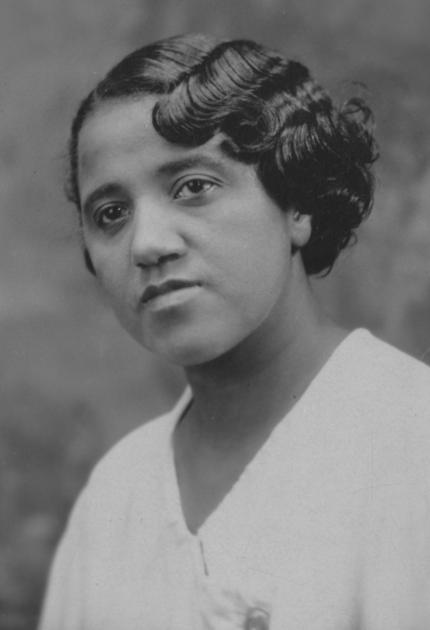 Marjorie Stewart Joyner invented a permanent wave machine and was a leading figure in the beauty industry as a beautician, salon owner, instructor and executive for the Madam C. J. Walker Manufacturing Co.

Joyner was born in Monterey, Virginia. At the age of 20, she became the first Black student to graduate from the A.B. Moler Beauty and Culture School in Chicago in 1916, and she soon opened her own beauty shop.

Most American women had cared for and styled their own hair until the 1920s, when the trend toward Marcel waves and short bob styles contributed to the rising popularity of professional stylists and hair salons. Salons offered one of the few opportunities available at the time for Black women to become entrepreneurs, and these businesses also served as social centers and forums where meaningful bonds were forged among stylists and customers.

At Joyner’s beauty shop, she served customers of all races. However, she realized her training had not prepared her to work with the specific textures of Black hair, so she enrolled in Mme. C. J. Walker’s beauty school. There, she honed her expertise and began working with Walker. Joyner learned to use hair oil and a hot comb to straighten hair, and in turn, Joyner taught Walker to set hair into fashionable Marcel waves.

With a business built on her eponymous line of hair care products, Walker crisscrossed the country to teach students, train agents, and open beauty schools and shops. Joyner played an important role in this work, becoming the company vice president and national supervisor for 200 Walker Co. beauty schools. She remained affiliated with the company for more than 50 years.

In 1928, Joyner patented a machine to create permanent hair waves. The traditional method was a laborious, curl-by-curl procedure, but Joyner imagined a more efficient way.

While cooking a pot roast, Joyner observed the long thin rods holding the roast together, heating it from the inside. She realized these rods might be adapted for use as rollers to ”cook” permanent curls into hair. Joyner fastened 16 pot roast rods to a hair dryer hood, and this prototype evolved into a device that did the job of multiple curling irons used simultaneously. It became an instant hit with her beauty shop clientele.

Joyner, who held two U.S. patents, humbly stated, “If I've set an example for other people — not just Black people, not just poor people, not just women — I want it to be that you shouldn't be limited in what you try to do. If I can take pot roast rods and have a one-of-a-kind invention, believe me, people can do what they set their minds to do.”

Joyner was a powerful advocate for civil rights, education and Black beauty culture. In 1924, she helped write Illinois’ first cosmetology laws. In 1935, she became one of the founding members of Mary McLeod Bethune’s National Council of Negro Women, and she worked with Bethune to support Bethune-Cookman College (now University) in Daytona Beach, Florida.

10 Things You Need to Know About Marjorie Stewart Joyner>>>