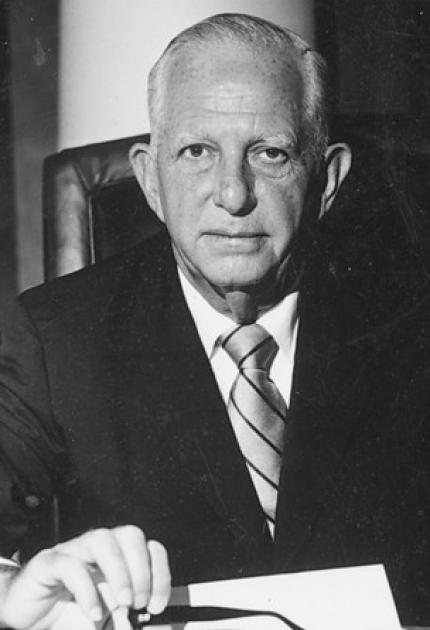 Malcom McLean invented containerized shipping, which transformed the shipping industry, in the 1950s. By the end of the twentieth century, container ships transported nearly 90 percent of the world's trade cargo.

The son of a farmer, McLean was born near Maxton, North Carolina. His education ended with high school. During the Great Depression, McLean bought a used truck and began hauling products for nearby farmers. Like other truckers, he chafed at the time lost as crates were loaded and unloaded between trucks and the holds of ships. In 1955, after building his trucking business into the fifth-largest fleet in the U.S., he sold it in order to capitalize on a revolutionary idea.

McLean designed containers that could be separated from the truck bed and wheels, were made of heavy steel to protect their contents, and could be neatly stacked. He acquired a fleet of old tankers and converted them to container ships. McLean's container system dramatically reduced time and labor costs, as well as pilfering and damage to cargo—which had the added benefit of lowering insurance rates.