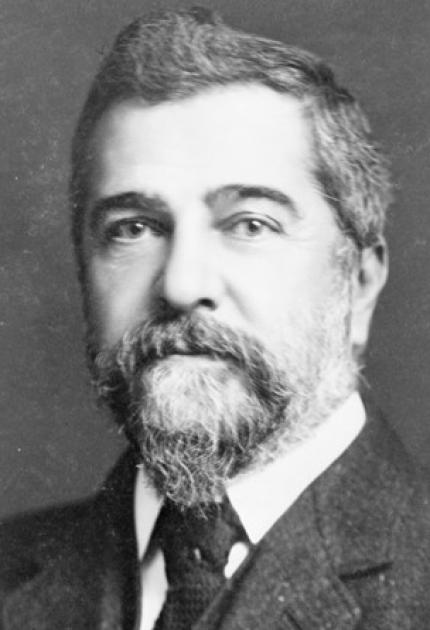 The son of the founder of Tiffany and Company Jewelers, artist Louis Tiffany is best known for the lamps that bear his name.

Tiffany also won acclaim for his favrile glass. Favrile was a colorful glass used by Tiffany when he manufactured his now signature lamps in the mid-1890s. Like Tiffany's stained glass, favrile glass found its way into mosaics and windows that decorated many civic buildings not just around the nation, but around the world.

Born in New York City and educated at the National Academy of Design, Tiffany would establish various companies throughout his lifetime devoted to manufacturing his stained glass and other products. He also established the Louis Comfort Tiffany Foundation in 1918 to provide training to students until financial hardships ended this venture.