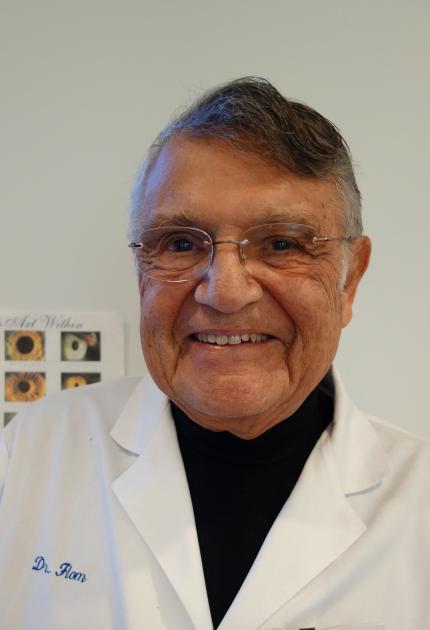 Leonard Flom and Aran Safir patented their idea for an iris identification system in 1987, basing it on the fact that no two irides are alike. Their idea involved illuminating the eye, obtaining an image of the iris, and comparing that image with stored data. Today, iris recognition is considered to be the most accurate in the field of biometric identification based on physical or behavioral characteristics.

The appeal of iris recognition lies in its speed, ease of use, high level of accuracy, and non-contact. Innovations continue constantly. Flom's work included research into iris and radar skeletal biometrics. Later in his career, he successfully enrolled newborns and birth mothers in the delivery room to ensure proper matching of a child with his or her mother in order to recognize both upon discharge from the hospital.

Flom, who co-founded IrisScan in 1987, received his medical degree in ophthalmology from the New York University School of Medicine. He taught and worked at a number of New York and Connecticut universities and hospitals. He retired from private practice in 2003, but continued on the faculty of the NYU School of Medicine and also conducted research at Assaf Harofeh Hospital in Ramla, Israel.