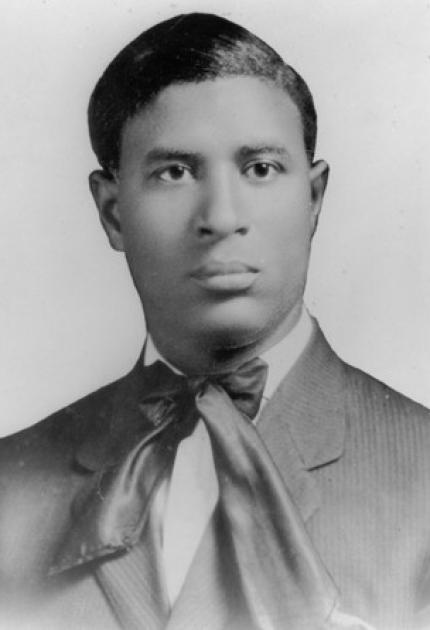 Garrett Augustus Morgan produced a series of successful inventions in the beginning of the 20th Century.

Morgan's first well-known invention was the safety hood, a forerunner of the gas mask. The hood was popularized during a tragic accident in Cleveland, Ohio. When 32 workers were trapped during a tunnel collapse under Lake Erie in 1916, rescuers were unable to reach them because smoke, dust and fumes blocked their way. Morgan and several volunteers using the masks were able to reach the trapped men and rescue several survivors.

In 1923, Morgan patented his best-known invention, the three-way traffic signal. As an early enthusiast of automobiles, Morgan quickly recognized the need for better traffic control on congested city streets. His signal was based on signs that signaled stop and go. He sold his patent rights for $40,000 to General Electric, which developed an electric version.

Born in Paris, Kentucky, Morgan settled in Cleveland as a young man. He was an advocate for racial equality, forming one of the first black fraternities in the country at Cleveland's Western Reserve University. As a self-educated black man he was concerned with the safety and welfare of his fellow citizens. He was honored as a pioneering citizen at the Emancipation Centennial Celebration in 1963.