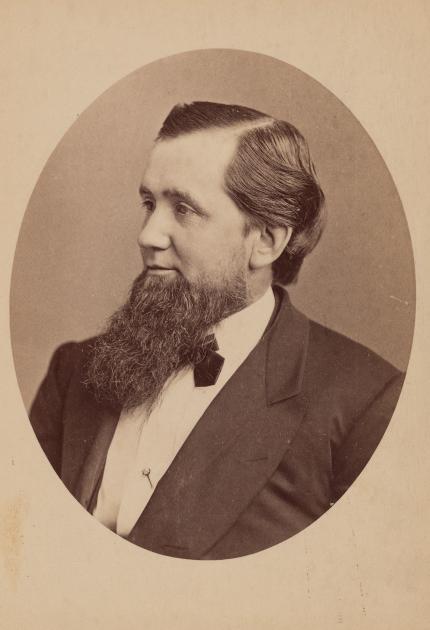 George Pullman improved the comfort of rail travel at a time when it was America's most important form of transportation. The traveling public, weary of cramped and uncomfortable sleeping accommodations, was so enthusiastic about the Pullman car that railroads made structural changes to bridges and platforms to accommodate its size.

Pullman was born in Brocton, New York. Schooled until age fourteen, he learned cabinet making, moved buildings, and ran successful business ventures in gold-rush Colorado before returning east, to Chicago, in 1863. There, he set about designing an improved sleeping car.

In July 1863, Pullman and his business partner Benjamin Field delivered Pioneer, a 56-passenger sleeping car with an interior that resembled a parlor by day and a first-class hotel room at night. Hinged upper berths folded out of the car's ceiling, and facing seats slid away from the walls to form the lower berths. Pullman formed the Pullman Palace Car Company in 1867 to build and operate the cars.

Pullman also patented a dining car and a hotel car with individual rooms, and built a planned community for Pullman workers with private homes, schools, a church, a library, and a hotel. A Pullman car carried the body of President Abraham Lincoln to Illinois after his assassination in 1865.