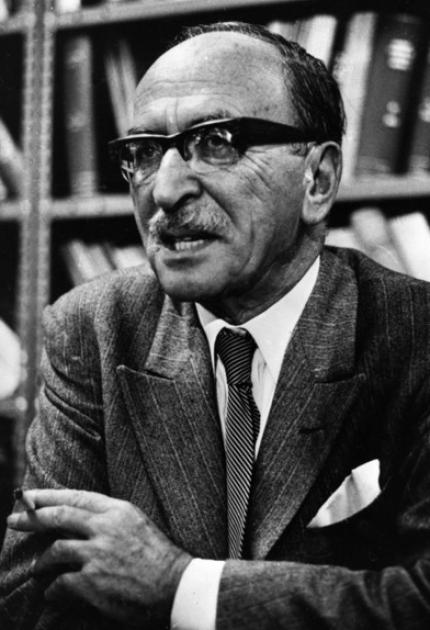 Dennis Gabor is known for his research in electron optics which led to the invention of holography in 1947.

Gabor believed that holograms needed to use both phase and amplitude waves to obtain a complete holo-spatial picture. He proposed to split an electron beam to an object and a mirror which upon reflection would produce interference on a photographic plate, and he proved mathematically that holography would work with both electron beams and regular light. Holograms became commercially viable after the development of the laser which provided the intense, coherent light necessary for successful holography. Today, because of Gabor's discovery and also the efforts of a number of researchers after him, holography has seen numerous modern day applications in fields as varied as engineering, medicine, manufacturing, and art.

Gabor received the 1971 Nobel Prize in Physics for his work. A native of Hungary, he studied at the Technical University of Berlin. In 1933, Gabor fled to England and spent much of his career at British Thomson-Houston Research Laboratory and the Imperial College of Science & Technology. Gabor, working with his friend and NIHF Inductee Peter Goldmark, also conducted research at CBS Laboratories in the United States.