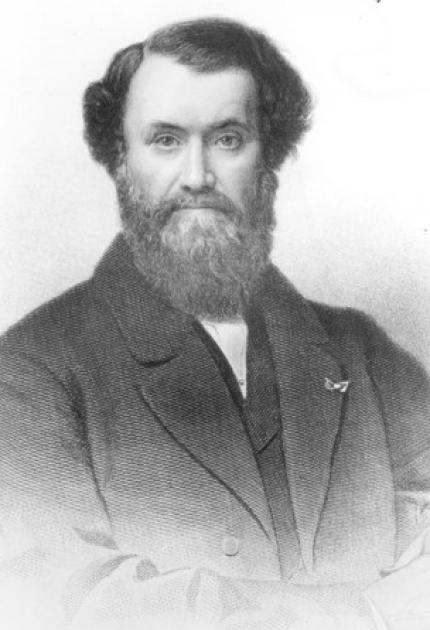 Cyrus Hall McCormick invented the mechanical reaper, which combined all the steps that earlier harvesting machines had performed separately. His time-saving invention allowed farmers to more than double their crop size and spurred innovations in farm machinery.

Born in Rockbridge County, Virginia, McCormick derived his interest in invention from his father, a Virginia landowner who patented several improved farming implements and worked without success for many years to perfect a mechanical reaper. In July 1831, McCormick succeeded where his father had failed, producing a model reaper with all the essential components of later commercial machines. Patenting his invention in 1834, after Obed Hussey had announced in 1833 the construction of a reaper of his own, McCormick started to manufacture the machine on the family estate in 1837. Six years later he began to license its manufacture in other parts of the country. In 1874 he set up a factory in Chicago, founding what eventually became one of the greatest industrial establishments in the United States.

An astute businessman, McCormick increased his sales with door-to-door canvassing and written guarantees for his ready-to-assemble machinery. McCormick amassed a large fortune and invested widely in later years in railroad and mining enterprises.